Stop stealing from me.

I embarked on this journey in January 2014 to see if I could finally figure out what I want out of my career. I was never happy practicing law, which paid me as much as my mother made as a home health aide because I was serving poor women and families. I took a break from working because I was at a point that something had to give. I couldn't quit on my ill parent, my special needs kids, or my supportive husband. But the job had to go. I've always had ideas that would be great for books, tv, and movies. My husband loves it whenever I would figure out the plot twists in shows and movies and would exclaim, "your right!", each time I figured it out before it ended. My close friends would tell me that I would be a great writer or actress because I am a bit melodramatic.

When I came up with my two books, I felt I had finally found my niche. The few people who have bought or received the books through a coupon offer I made, seemed to enjoy both books in The Pentagon Series. Many love the intrigue, the twists, suspense, the romance, and the sex. I was proud to finally get "honest reviews" for my book based on the almost 70+ books that I gave for review. I've only received finger and toes count from those offered. I get that they couldn't just drop everything to read my book and write what they thought about it. I'm patient. I'm appreciative. I'm humbled when they do comply with the request.

In turn, I search for pirates who are essentially stealing from me. I've found sites that have had over 500 downloads. I've written about the experience before, and don't need to go over how wrong pirating is. But the fact is, requesting a book from a file sharing site is wrong. You're knowingly depriving the author of money. Here is a great article that gives you a description why it is wrong so I don't have to write the same thing. 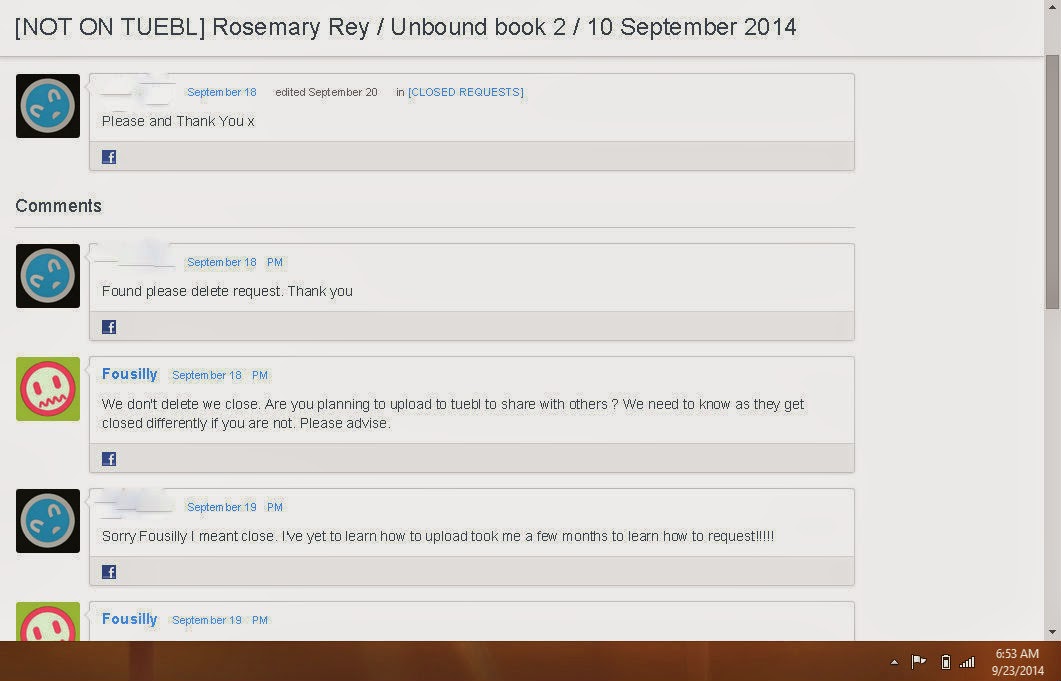 I haven't made any more than $100 total for two books published since April 28, 2014 when I pressed published on my book. As an attorney, I know you want proof because you just can't believe (unless you're an Indie Author yourself) that I can make so little. 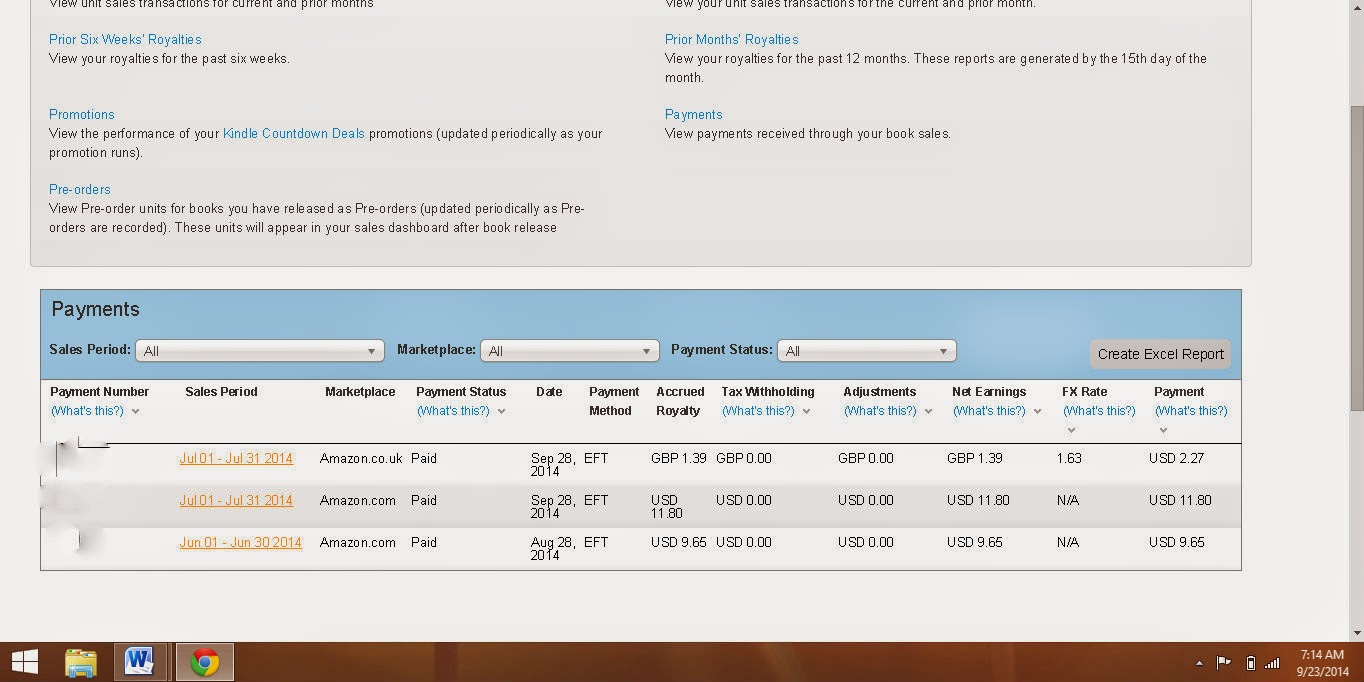 This is what I've made so far since my marketing blitz of giving books for honest reviews. Silly me for trying to get more books sold, by giving away books to strangers, so my family and friends (who don't know that I've written a book) don't fluff up ratings and reviews.

I've made a whopping $3.20 because of my marketing blitz. No one was buying anyway, but I got my count up by having readers go through Smashwords to ensure my rankings within their sites increases. But I've only had a little over 180 downloads. However, most of them are partial downloads (samples, if you will) that are included in the numbers. Ultimately, I've lost more than I've gained. From over 1500 pirated downloads, money is lost. I provided paperback giveaways, money is lost. I did paid advertisements that didn't result in any sales, money is lost. I have yet to do a spreadsheet of what I've spent, but the receipts are piling up. It's the expense of an Indie Author that aren't expressed publicly.

So what I am saying is, I write in a genre (Erotica-Suspense) that is burgeoning. A major motion film was made based on one author's book. A TV show is being developed for another highly rated book in the genre. But this gal, who is writing on a comfy couch while the kids are at school has not made such gains. So please, (I know this is falling on blinded eyes) support your Authors (Indie and House), don't take food from their babies, payments for student loans, Medical payments for hearing aids and Autism support systems. Yes, I'm appealing to your human nature.

I know reading can be an addiction and you need your next fix, but someone poured months and years to give you that 'hit' that you needed to satisfy your craving for an amazing high that only comes from a great story.

Thanks to the converted who would never do such a thing. I appreciate your support.
Posted by Unknown at 5:54 AM

Woot! Well stated, Rosemary. I agree. If you don't pay for a book, the least you could do is leave a comment on Goodreads or some site for us. I promise, people, it will help you sleep better at night. :)

Thanks, Aubrey. I've given hundreds of books and it has been pirated, but nothing to show for it. Thanks for your support.
Rosemary